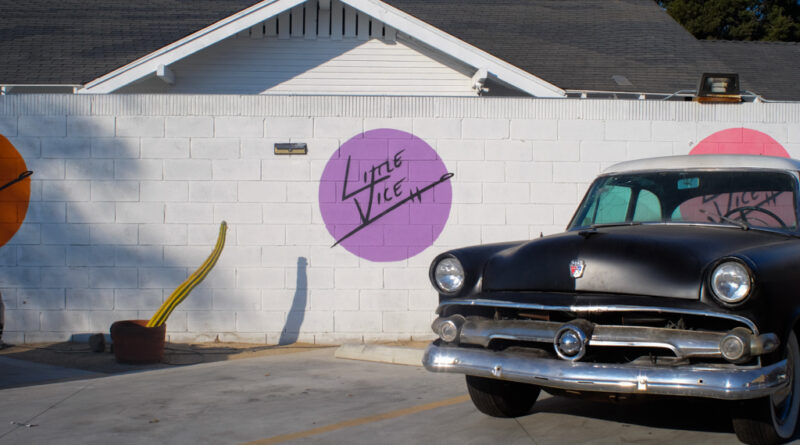 What it’s like to operate a business in Long Beach, CA during a pandemic

“The pandemic has gotten a hold of us” Announced Little Vice’s social media team in a recent post. “This past year has been such a blessing! So many amazing people in the community. We are extremely sad to say that we will no longer be of service to you beautiful people.”

“Dine in operations are crucial to our operation” Dakotah Challacombe, one of the owners of Little Vice said. Thousands of restaurants have gone under and Little Vice happened to be one of them. Challacombe reported that business was booming before the initial lockdowns. “We were on track for growth, March would’ve been our best Month had it not been for the pandemic.” Challacombe said.

Challacombe told us that he had to fire employees many times over as the county swayed in and out of closures and lockdowns. “The hardest part was firing employees” he said “We fired a few when the closures first hit, then for that week where inside dining was permitted, we brought some more on only to be forced to lay them off not long after.”

Eventually, Challacombe and his partner began taking up shifts and working the restaurant by themselves. Bussing tables, taking orders, and preparing meals. “When you factor in all the costs, we were making $3 or $4 an hour on those shifts.” Challacombe told us.

Challacombe described him and his business partner, Jonathan Potlalivo as hardworking and positive individuals. “We always try to look on the bright side of things, but we’re eight months into this pandemic and not one person can tell you when it will end.” Challacombe said.

At the end, it was the pandemic that derailed their small business. “The concept was there, people were receptive to the idea that we were bringing, the food was amazing, it was the pandemic and the PPE loans that brought us under.” Nobody knows how much longer the restrictions put in place will last and as it stays, this pandemic has no immediate end in sight.

The owners of Little Vice said that it would’ve been easier to close as that would stop operating costs but because of the PPE loans that they received, they had to remain open. Challacombe expressed his frustration as the government gave him just enough to remain open and that the loans “set the restaurant up for failure.” Challacombe described the loans as someone “giving you a nick in the neck and watching you slowly bleed out without offering any help or assistance.”

“The county took away seating and customers, gave us PPE loans that forced us to stay open, and used those loans to drain what little we had from us.” Challacombe said.

Because of the massive losses of revenue, the owners of Little Vice started to fall behind on their rent, trying to make negotiations with their landlord who refused to budge. He tried to intimidate the owners, offering them discounts on rent for a few months that they would have to pay back in full later on. The landlord eventually hired a lawyer who further tried to intimidate the business owners… leading Challacombe and his partner to look for legal help as well. “Our lawyer put it out simply. It was black and white… the tactics that the landlord was using were illegal.”

The landlord eventually kicked out the business owners.

Challacombe and his partner hope to open up the restaurant again and move forward but expressed that it is hard to plan such things amidst a pandemic. They wish to continue to bring a fresh new perspective to food and drinks as well as change the way that people see small restaurants. “We love our customers and we love what we do. We don’t do it as a joke… we take it seriously.” Challacombe said. “It’s devastating to see this kind of thing happen, but it’s out of our control.”

Little Vice may be the first of many local businesses to close down, between the PPE loans, stubborn landlords, and more restrictions put in place, this holiday season will be harder than ever on small businesses. Closures on in-person dining have no end in sight and with new lockdowns restricting the capacity of small businesses, many business owners are in for a long winter.