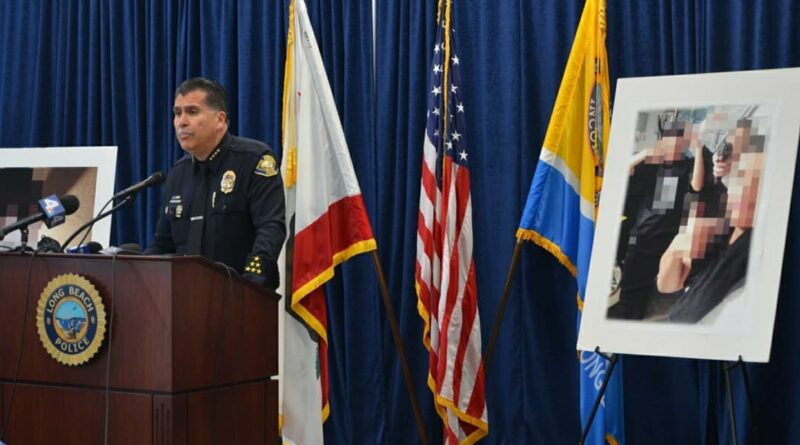 On Friday, Feb. 5th near the El Dorado Nature Center, LBPD Chief Robert Luna was struck by a truck as he was walking across the street and is now recovering from injuries.

At around 4:00pm Luna was in the crosswalk at El Dorado and Spring Street when a truck making a right turn struck and sent him into the middle of the street, according to police. After calling for medical attention himself Luna was then sent to the hospital for minor injuries.

A Message from the #LBPD regarding our Chief of Police, Robert G. Luna ⬇️

*Correction has been made on date of incident. pic.twitter.com/VhxTIECAEk

Arantxa Chavarria, spokeswoman for the LBPD, said that as of Saturday Feb. 6th Chief Luna was at home recovering. Police also said he’s been in direct communication with the Assistant Chief of Police and “will remain engaged in department operations while receiving follow up care”.

The driver cooperated with investigators and according to Chavarria impaired driving wasn’t believed to be the cause of the incident.

Chief Robert Luna was off-duty when the incident occurred and the full extent of his injuries are unknown at the time.